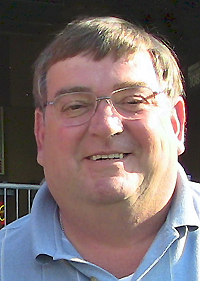 The Allentown Area Ecumenical Food Bank mourns the passing of its Board President, Dennis W. Zehner, Sr., on Oct. 1, 2016.

Zehner served as the food bank’s Warehouse Supervisor for several years, and was elected its Board President in 2014. While he was an intensely private man, those who knew him understood that he had a deep and powerful love of humanity and a passion for giving to others.

“Dennis touched many lives, especially those at the Allentown Area Ecumenical Food Bank, where he was beloved, and he will be surely missed,” said Beverly Levenson, who succeeds Zehner as the food bank’s Board President. “It was here where his dedication to those less fortunate was passionately displayed every day.”

Born in Philadelphia and raised in Croydon, Pa., Zehner was a volunteer firefighter for the Croydon Fire Company #1 for eight years, holding several offices before relocating to Allentown, Pa. He further pursued his passion when he became a City of Allentown firefighter and served on the force for three years. He went on to work in the trucking industry working for 20 years for several transportation companies as a dispatcher, distribution manager, and general manager.

Category: News and Updates Tags: Board of Directors, Memorials