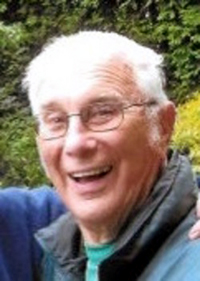 The Allentown Area Ecumenical Food Bank mourns the passing of Richard Keim, Ph.D., former President of its Board of Directors, who passed away on June 20 the Phoebe Home in Allentown.

Keim served on the food bank’s board for more than 20 years, and served as the board’s chairman from 2004-2014. His community service also included tenures as a member and President of the Emmaus Borough Council and as the borough’s acting Mayor.

Keim worked as an educator in the East Penn School District before becoming a faculty member and psychologist at Kutztown University.

Keim will be missed by everyone at the Allentown Area Ecumenical Food Bank whose lives were touched by his dedication to the less-fortunate families and children of the Lehigh Valley, said Dennis W. Zehner, Sr., current President of the food bank’s Board of Directors.

Category: News and Updates Tags: Board of Directors